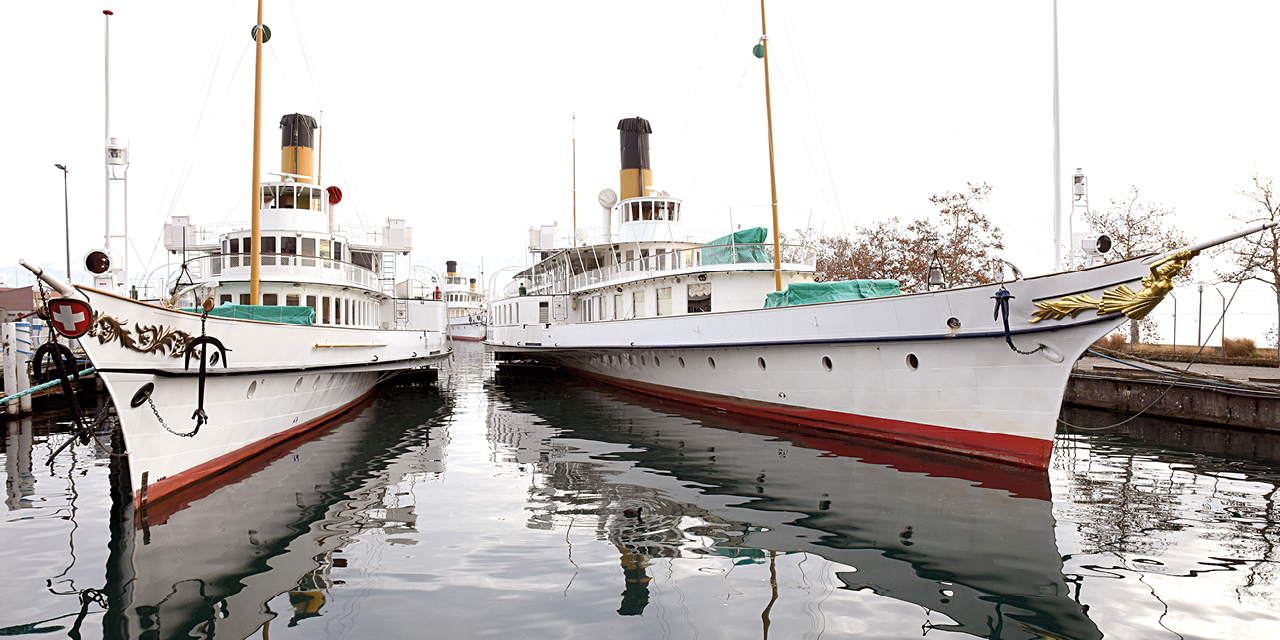 The boats can be taken from the lake directly to the dry dock in the shipyard.

SETTING A COURSE FOR THE FUTURE

The CGN shipyard in Ouchy is a hive of activity. Numerous professions work in close cooperation to maintain and renovate the company’s fleet and build the future boats. A report from behind the scenes.

When you climb aboard the boats of the CGN, you don’t necessarily think about the constant efforts made by the company’s employees to ensure we stick to our heading. To operate its boats, the company employs some 120 people in its technical division. Numerous professions rub shoulders within this team: electricians, mechanics and steam mechanics, metalworkers, carpenters, cabinetmakers and painters work in close collaboration. So many professionals who apply their technical knowledge to the particularities of the naval field.

With its expansion project, the renovation of the south hangar of the shipyard will help meet the company’s needs. Once renovated, this hangar will include an additional floor and will thus be able to house the storage areas for the different workshops. This involves large-scale work financed by a loan of more than CHF 5 millions granted last year by the cantonal authorities who are majority shareholders in the company – Vaud, Geneva and Valais.

One of the central areas of the shipyard is located in the northern hangar, dating back more than
50 years. In this immense building connected directly to Lake Geneva, the workers busy themselves in the dry-dock. This basin – large enough to hold an entire boat more than 80 metres long – makes it possible to work out of the water in order to undertake the renovations necessary to the maintenance of the boats. It was here, at the end of 2018, that the operations carried out by the shipyard workers massively improved the energy efficiency of two boats. Brought into service in 2005, the 30-metre-long Valais with a capacity of 200 people now uses almost one-third less fuel. This is a massive gain, primarily obtained by improving the hydrodynamics of its hull.

Also renovated in 2018 after being brought into service in 1990, the Léman now saves more than 20% of the fuel used in previous years. This technical and eco-logical feat was achieved thanks to the improvements made to the boat’s draught (the immersed part of a boat’s hull, ed.). Approaching 50 metres in length and with a capacity of almost 600 passengers aboard, the Léman now operates with a lengthened keel at the front and a duck-tail at the rear (a sort of horizontal fin limiting waves and the drag in the water, ed.). 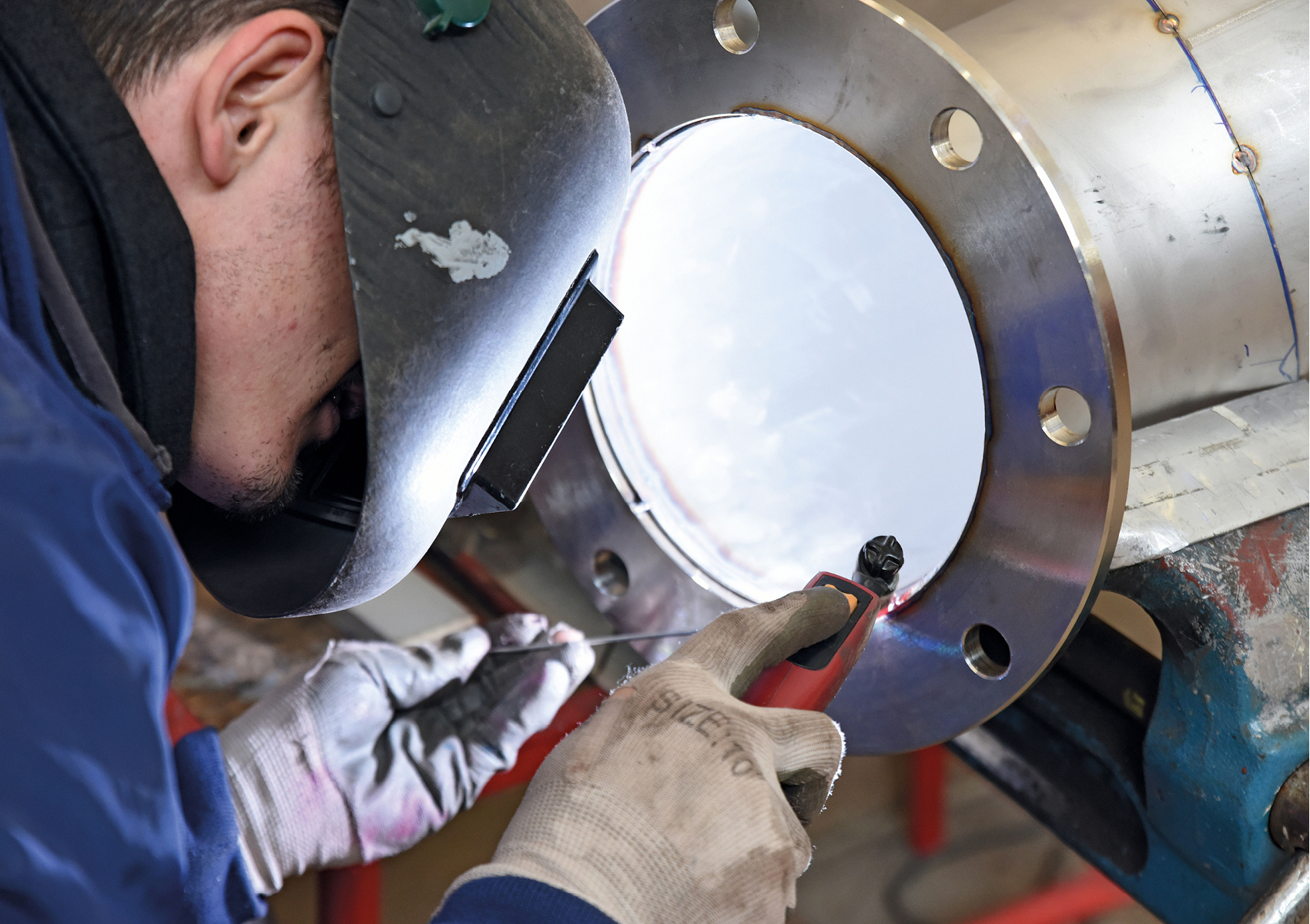 Several trades rub shoulders within the confines of the shipyard, including carpenters, metal manufacturers and steam mechanics.

It is also in the dry-dock that the future of the CGN is built. Inside these technical hangars which are scheduled for expansion, the next giant of the lake is gradually taking shape. Designed and built on site, the future passenger boat of the CGN will provide an effective response to the increasing demand in the lake-based public transport sector. Admittedly, the capacities and dimensions of this accelerated medium boat are quite impressive: 700 places in total with 600 seated, a hybrid propulsion system combining diesel and electric motors) and a hull boasting hydrodynamic characteristics designed to deal with the particularities of the lake, where the waves can reach up to two metres in bad weather. Made possible by a loan of about 15 million Swiss francs granted last year by the cantons and French municipalities concerned, the construction of this future boat should then be followed by another three. After the first BMA is brought into service in 2021 (to run every 45 minutes on the most popular route between Evian and Lausanne), the CGN intends to build additional vessels in the coming years to expand its public transport fleet even further. 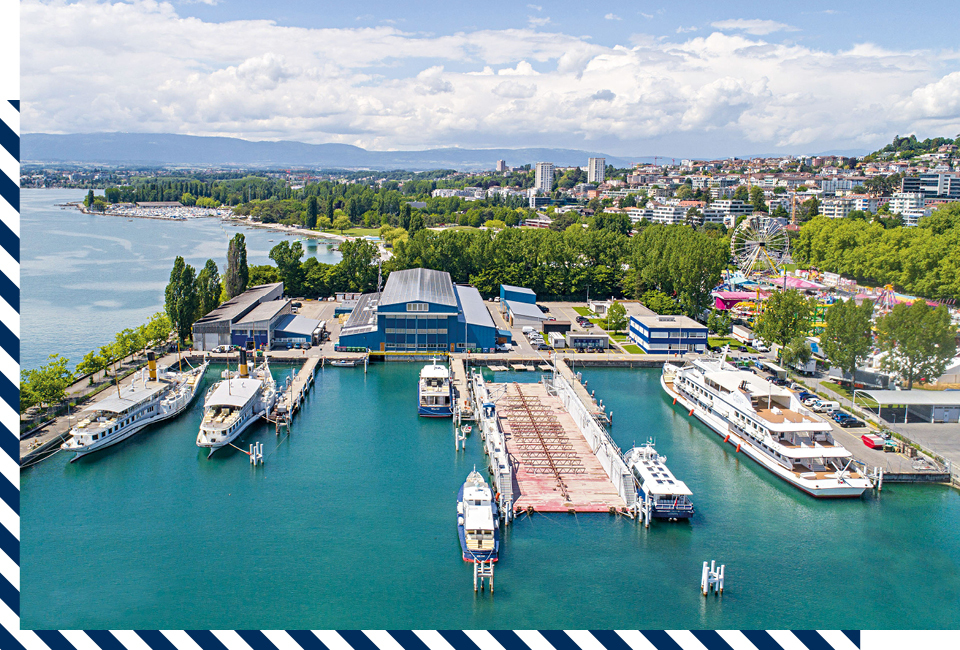 Moored to the quays of the shipyard or in the dry dock, the boats of the CGN are constantly renovated and improved in terms of energy efficiency. 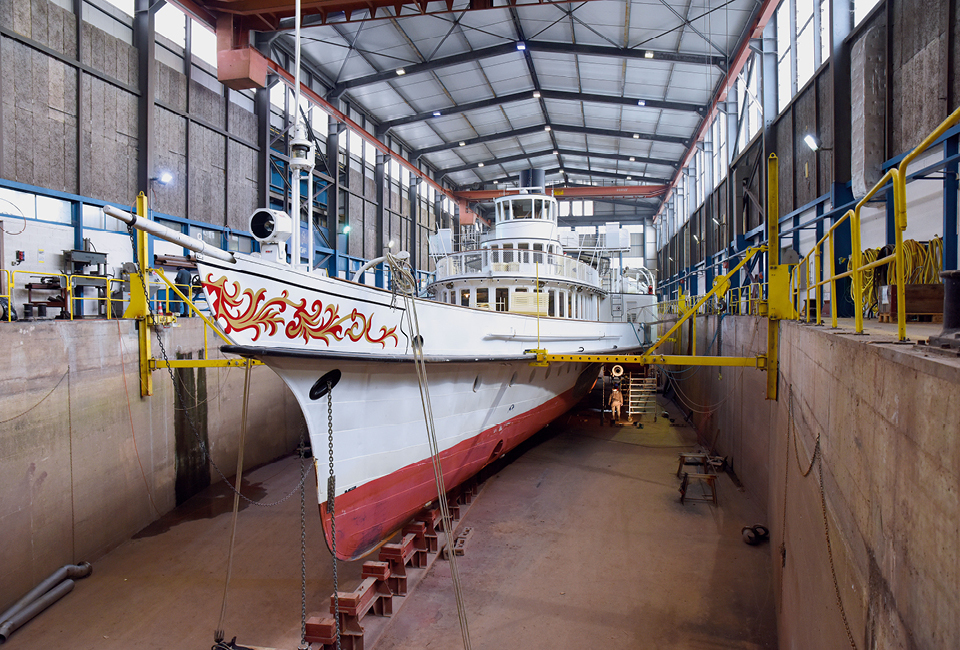 The dry dock makes it possible to work on the boats in dry conditions for renovation purposes. Here, the hull of the Vevey is improved and new propulsion engines are fitted on this historic vessel. 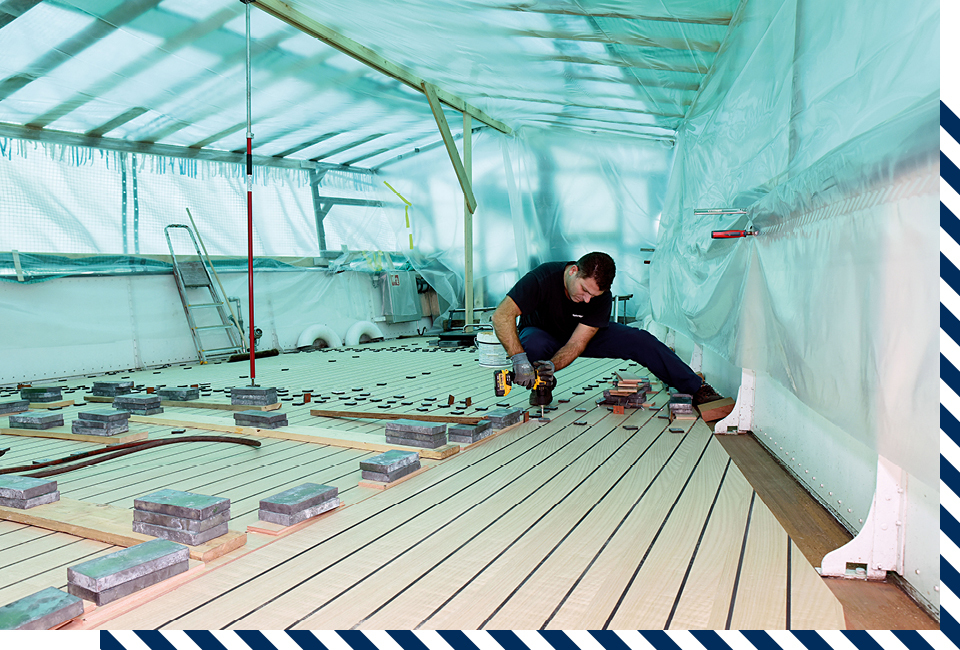 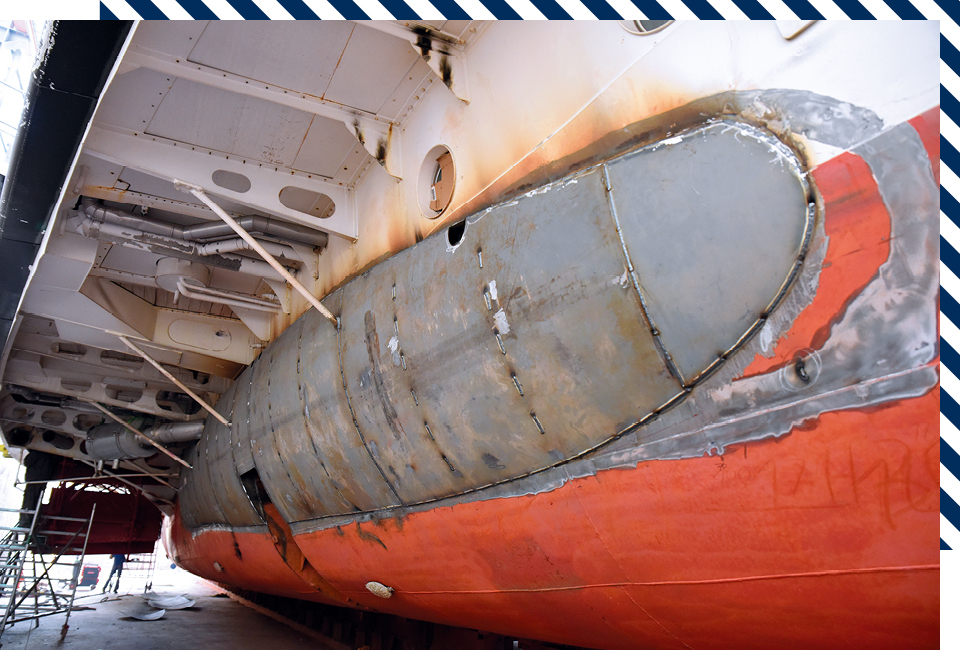 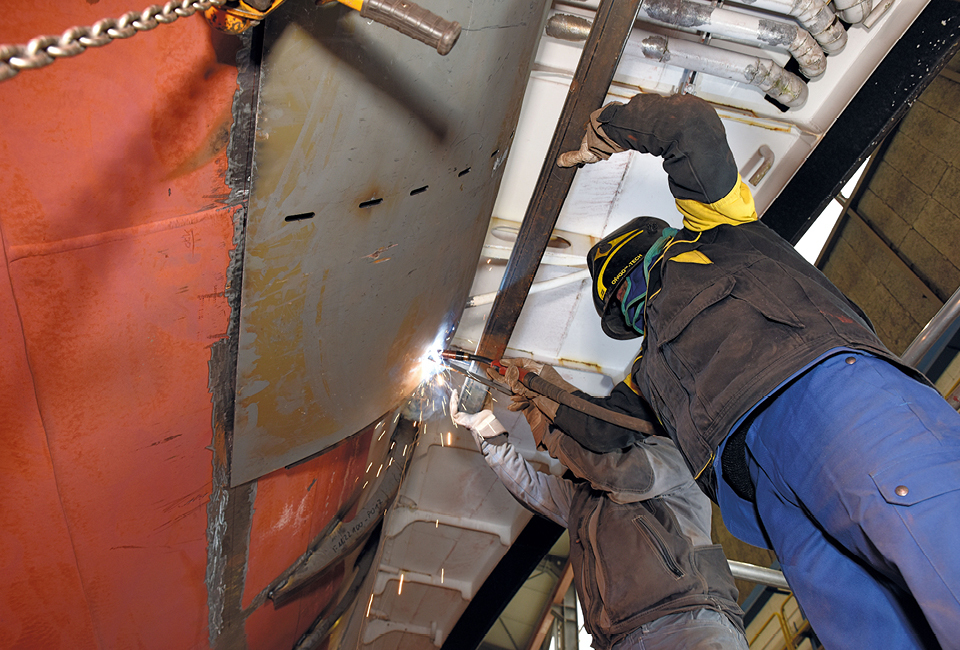 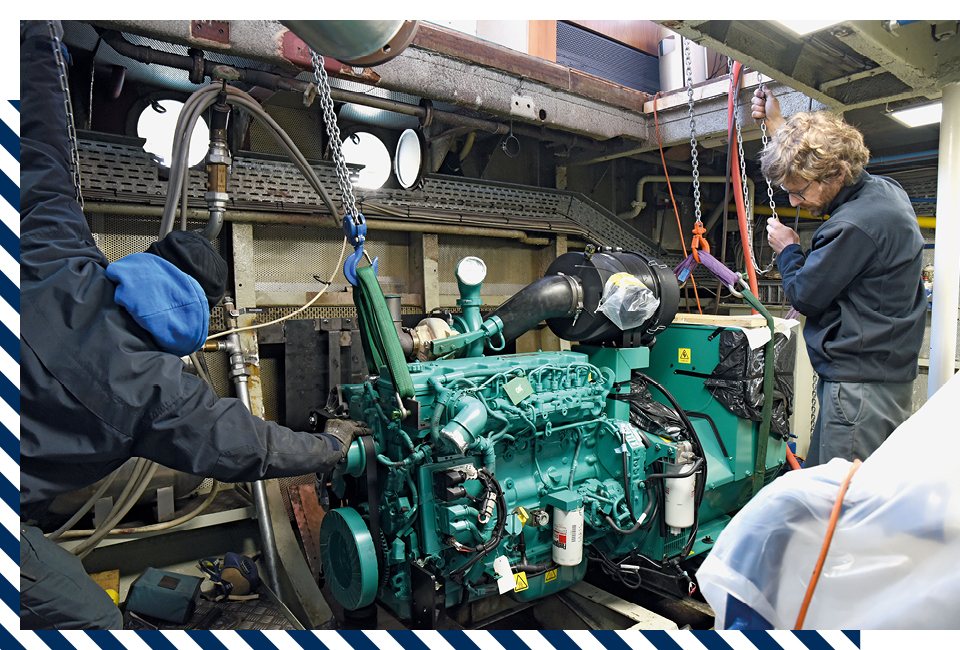 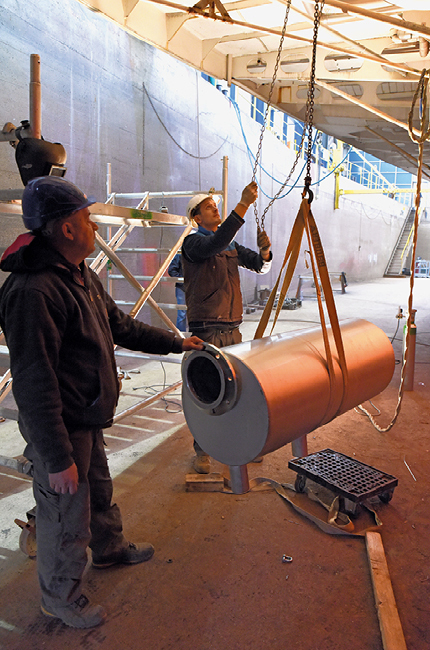 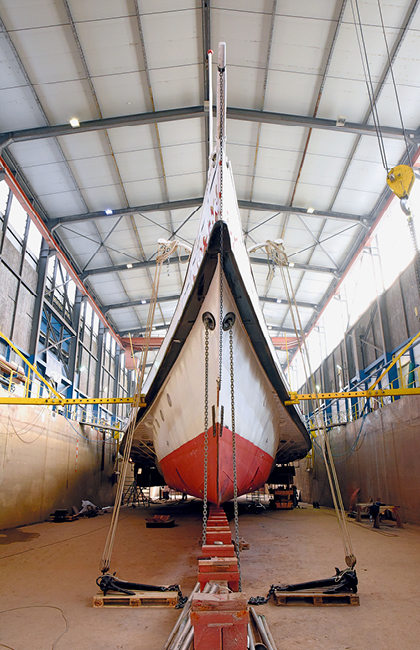 On the quays of the shipyard, where close to ten boats are moored awaiting maintenance or renovation, the company’s technical experts make every effort to maintain the course set by the new Director, Irwin Gafner, who climbed aboard the CGN at the end of 2017 (read the interview). To operate its fleet, the company must rely on wide-ranging know-how specific to the naval sector. These skill sets are particularly rare on the market. To address this issue, the Technical Director makes every effort to develop inter-national partnerships with naval industries at  the cutting edge of technology in order to take full advantage of their expertise and knowledge in their respective fields. Already a partner of the shipyard, the EPFL has only recently begun working in collaboration with the CGN. Along its pier, the company has made its infrastructures available in order to test certain boat prototypes designed by the students. In the long term, the project should help build stronger bridges between the industrial and academic sectors in order to develop the innovations necessary to promoting growth.

The future CGN boat should be plying the waters of Lake Geneva within two years while the Rhône will return to service following its recent renovation.