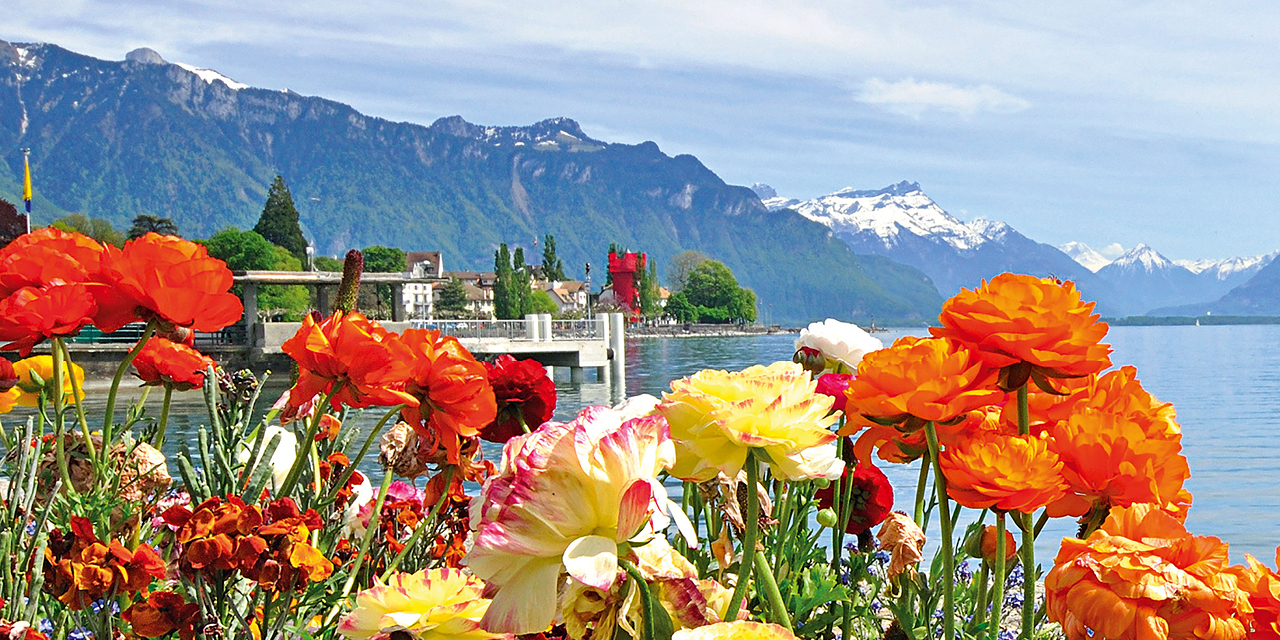 LAKE GENEVA AND THE CLIMATE

By dint of observing it, sailing on it and swimming in it, we feel as if we know it by heart. Lake Geneva nevertheless still has a great deal to tell!

1. Lake Geneva was created by a glacier

Scientists are still disputing how Europe’s largest mountain lake was created. The theory that appears to enjoy the greatest consensus is that Lake Geneva was formed by the movements of the Rhone glacier throughout the different phases of glaciation. The lake itself would only appear to have seen the light of day with the retreat of the glacier roughly 15,000 years ago. Today, flowing east to west, the Rhone provides some 75% of the lake’s water.

Take the tsunami that swept through it in the year 563, for example. The wave reached a height of thirteen metres in Lausanne and eight in Geneva, most probably as the result of a mountain slope collapsing. The rocks didn’t fall directly into the lake, as we might imagine, but caused a landslide in the Rhone delta, displacing massive amounts of matter. These in turn generated huge volumes of water which caused the infamous wave.

The level of the lake is closely linked to the melting of the glaciers and the drying of the rivers, two phenomena which are themselves most probably the result of climate change. In recent years, we have seen a succession of dry seasons and impressive summer heat waves, but the level of Lake Geneva has remained stable. This is doubtless thanks to its size (582.4km2, 72.8km long and 308.99m deep). Smaller lakes, such as Lake Annecy in France and Lac de Bret in the canton of Vaud, have suffered terribly from these circumstances.

The International Commission for the Protection of the Waters of Lake Geneva (CIPEL) – a Franco-Swiss intergovernmental commission tasked with monitoring the changes in the quality of the water in the lake, the Rhone and their tributaries – keeps a very close eye on their temperature. On the surface, this has increased by 2°C over the past 46 years, from an annual average of 10.9°C at a depth of 5 m in 1970 to 12.9°C in 2016. “This change has consequences for the way in which the ecosystem works. The arctic char, for example, reproduces in waters measuring 8°C at a depth of between 50 and 100m. However, the ideal spawning conditions no longer exist at the required time. They will shift over time,” explains Audrey Klein, Secretary General of the CIPEL. Other species were monitored two years ago, but there is as yet insufficient hindsight to interpret the information. In the long term, the idea is to adapt the fishing season to these changes.

5. Lake Geneva is under pressure

The waters of the lake are considered to be clean, but the authorities remain vigilant. In 2020, the CIPEL will launch a new action plan targeting micro pollutants – substances that are too small to be trapped by the filters in waste water treatment stations (STEP). Derived from medicines or phytosanitary products, they are primarily thrown away by households, industry and agriculture. Varying considerably, they are found in smaller quantities than the infamous PCs, which are now prohibited, traces of which can nevertheless still be found. Problem: as they decompose, they can give rise to even more dangerous substances.

6. Lake Geneva is not immune to the scourge of plastics

Like all continental waters, Lake Geneva is polluted by plastics. The Association pour la sauvegarde du Léman (ASL) has just published the results of a study illustrating that some 50 tonnes of plastic find their way into the lake every year. A large proportion of it remains there, representing a risk for the entire food chain. It comes from storm drains, run-off water, direct dumping, waste water and atmospheric fallout. Not all plastics are equal. Micro- and nanoplastic, measuring between 5 and 0.001mm in the case of the former and less than 0.001mm in the case of the latter, are not trapped by STEP filters. Larger than 5mm, macroplastics are trapped in the STEPs. Regular cleaning operations are organised for Lake Geneva. Net’Léman, organised last March by ASL, brought together 1,000 volunteers who removed more than 5,500kg of all kinds of waste from the lake. Naturally, the ideal solution would be to remember that the lake is not a dustbin. 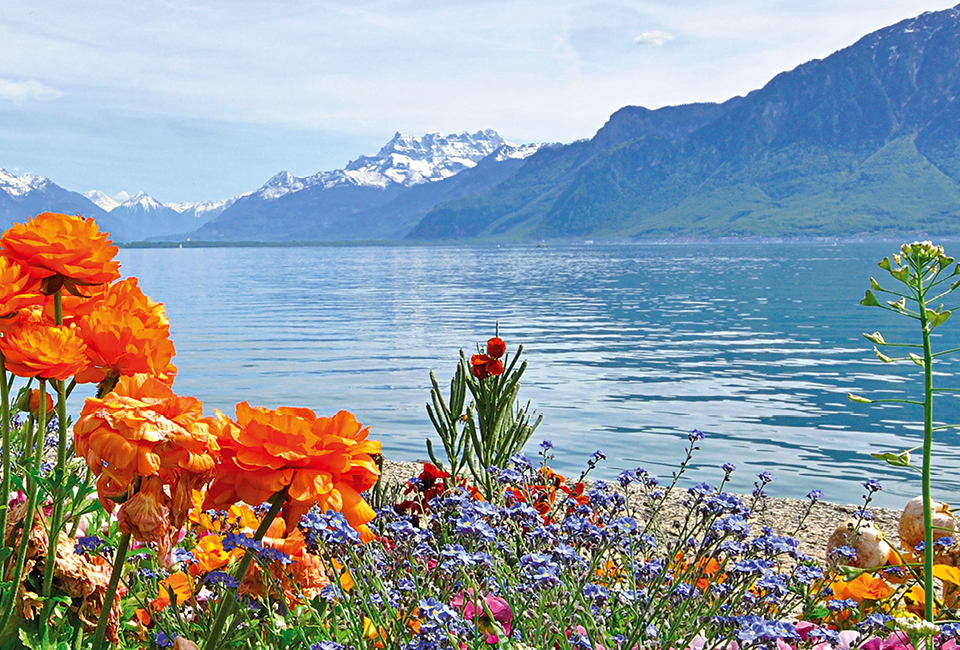 7. Lake Geneva is no longer threatened by phosphates

During the 1980s, phosphates were the lake’s main enemy. They were also the leading cause of eutrophication – or deoxygenisation – of the water, a phenomenon that the CIPEL has endeavoured to reverse since it was founded in 1962. Successfully as it happens, as the phosphorus content – which increased from less than 15µg/l before 1960 to 89.5µg/l in 1979 – had been pegged back again to approximately 18µg/l in 2017. While this is still a little below the objective set, which involved reducing the average concentration to 15μg/l to ensure the sustainable limitation of algae growth, the lake is nevertheless on the right road.

Deep under the surface, oxygen concentrations should still exceed 4mg/l in order to prevent phosphorous escaping from the sediment. This level also ensures that aquatic life can thrive. To this end, the lake needs to be “stirred” on a regular basis. Unfortunately, this natural phenomenon is occurring less and less frequently. During the winter of 2016-2017, the meteorological conditions only allowed a partial stirring down to a depth of 190m. This meant that the concentrations of oxygen remain far too low at a depth of 309 meters.

Over the past few decades, Météosuisse has observed a reduction in stratus clouds and an increase in winter sunshine. That’s not the cause for celebration that it might seem: “It is difficult to assert whether or not these phenomena are genuinely linked to global warming. What is certain, on the other hand, is that the number of hot and dry periods is increasing, causing more violent storms,” stresses Mikhaël Schwander of Météosuisse. He recalls that 2018 was the warmest year on record since measures were first taken some 150 years ago.

10. Lake Geneva serves as a means of both heating and cooling

Naturally, because in winter it restitutes the heat accumulated during the warmer weather, thereby giving rise to milder temperatures in the surroundings and to refreshing conditions in summer due to the reverse effect. Several installations also use the temperatures of the lake’s deep water to heat or cool buildings. In Geneva, the Geneva Lake of Nations (GLN) thermal system calls on the international organisations and the companies of the Nations and Séchero districts. Still in Calvin’s city, the Genilac project aims to heat houses and commercial properties in the city centre by 2021. It should be extended to the airport sector in 2022. This vast hydrothermal network is designed to carry lake water (pumped at a depth of 45m where the temperature is stable all year round) directly to buildings so that employees can keep cool. Combined with high-performance heat pumps, this system can also be used to warm them. It should reduce CO2 emissions linked to the use of fossil fuels by 25% by 2020. It should be noted that after a cycle, the water returns to the ambient environment at temperature (3°C in winter and 15°C in summer) so as not to disturb the flora and fauna.